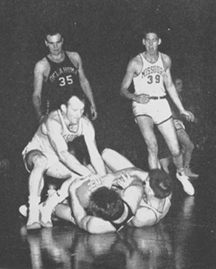 A Scuffle for the Ball During a MU versus Oklahoma Game
(University Archives, 1948 Savitar)

In 1905, people believed the game of college football was too violent--numerous injuries and even deaths occurred. President Theodore Roosevelt called for action to remedy this problem. His call prompted a meeting of 13 institutions to change the way college football was played. In late December 1905, the Intercollegiate Athletic Association of the United States (IAAUS) was founded to oversee college sports rules. In 1910, the name was changed to the present National Collegiate Athletic Association (NCAA).

The Missouri Tiger team has been part of six different conference configurations over the years. They are: 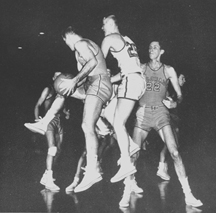 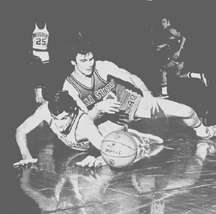