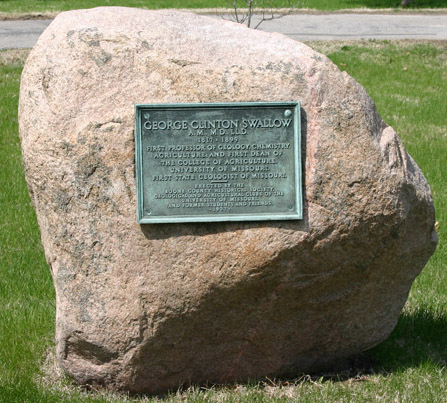 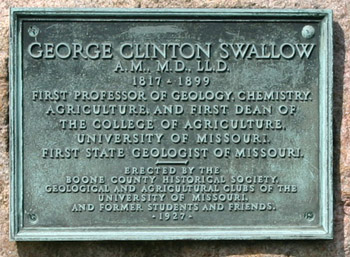 Born in Buckfield Maine, George Clinton Swallow served as Professor of Chemistry and Geology for only a brief period, before resigning in 1853, to become Missouri's first state geologist. Swallow conducted geological surveys for both the State of Missouri, and the State of Kansas, before returning to the University in 1858. By 1870, he had become Chair of both Natural History, and Agriculture, before being appointed as the first Dean of the College of Agriculture in 1872. Despite being openly crititcal of the lack of financial support that his new program received, Swallow nevertheless remained dean of the college until his departure from the University in 1882. In 1930, Swallow Hall, now the home of the Department of Anthropology, was renamed in his honor. 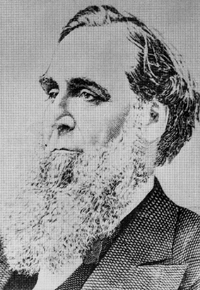